skip to main | skip to sidebar

Wedding at The Rivers Suite, Craiglockhart (part of Napier University)

I married at Craighouse back in 2009. It was a lovely wedding venue that used to be part of Napier University. Craighouse is currently being developed into flats and now Napier University promote the Rivers Suite on their Craiglockhart campus for weddings. It was the first time I'd worked at this wedding venue. I was impressed by the space, especially the room where people dined and partied. It was light, airy and had a pretty turquoise chapel at the back of the room. The sound system also appeared to be top class - the waiting staff were blasting out music whilst the room was being set-up!

The bride chose a really pretty combination of flowers - pale pinks, ivories and fluffy gypsophila. She had 5 bridesmaids and planned on using some of their bouquets on the top table as table decorations (hence the empty fish bowls).

I used sweet avalanche, vendela, akito and (spray) snowflake roses, with gypsophila in the bouquets.
I used the above roses along with willeke albert lilies, eryngium and eucalyptus in the top table / ceremony arrangement.
The simple but really effective candelabra designs combined variegated ivy with avalanche roses. 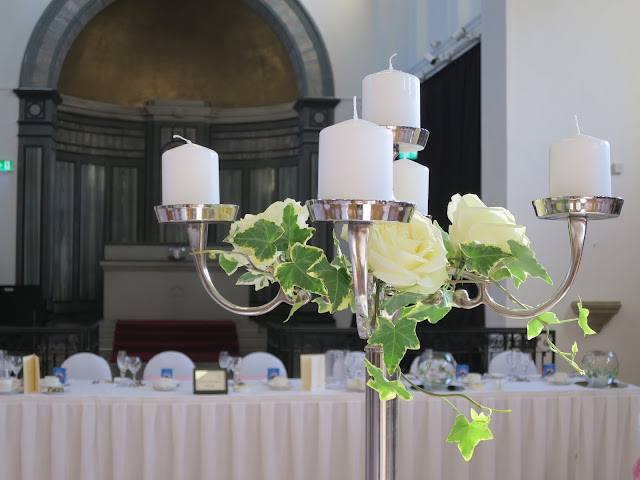 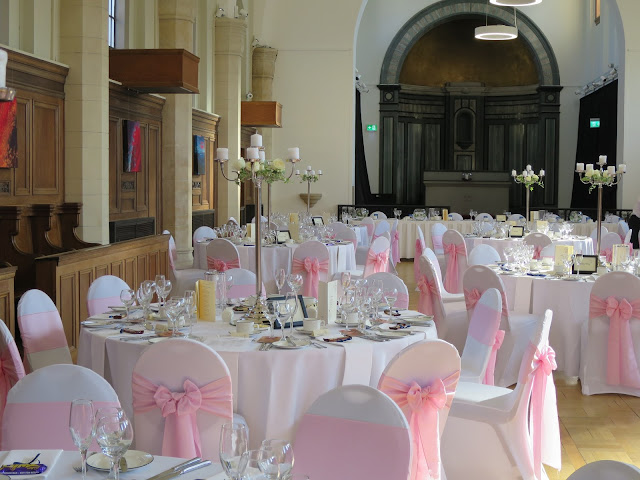 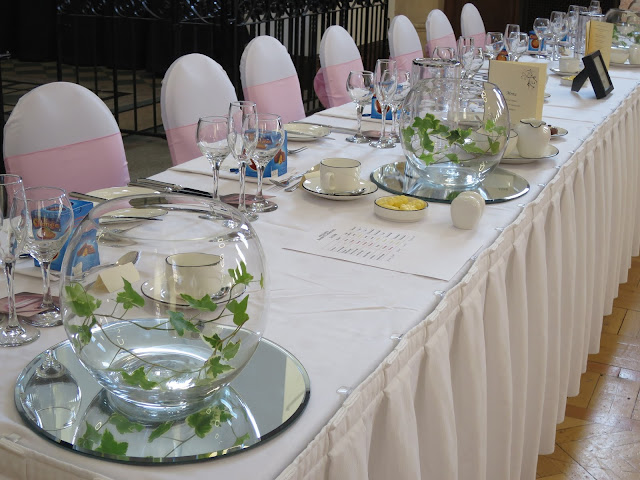 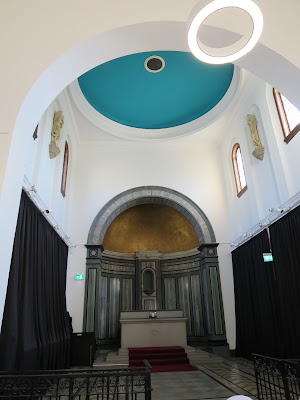 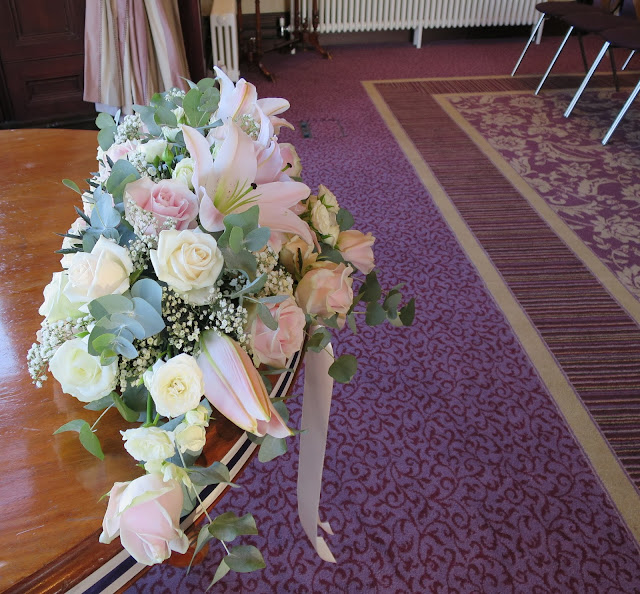 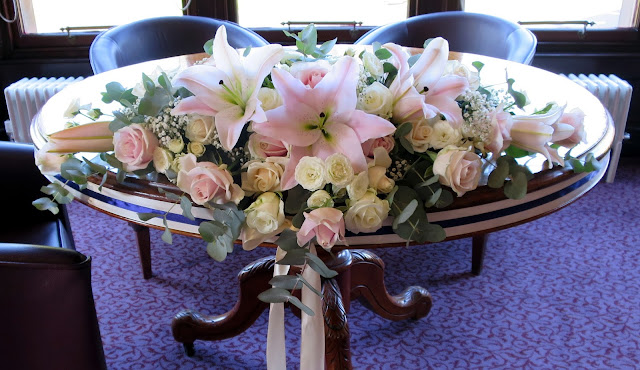 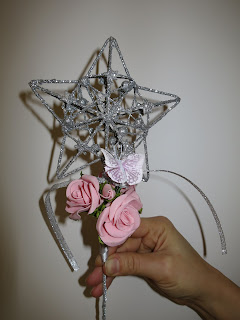 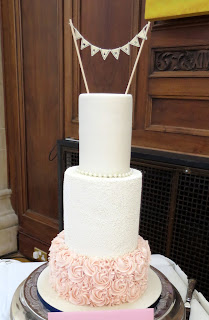 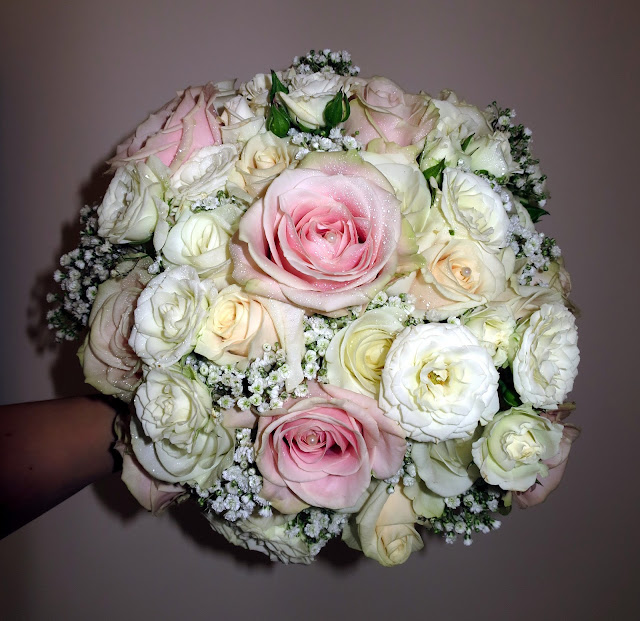 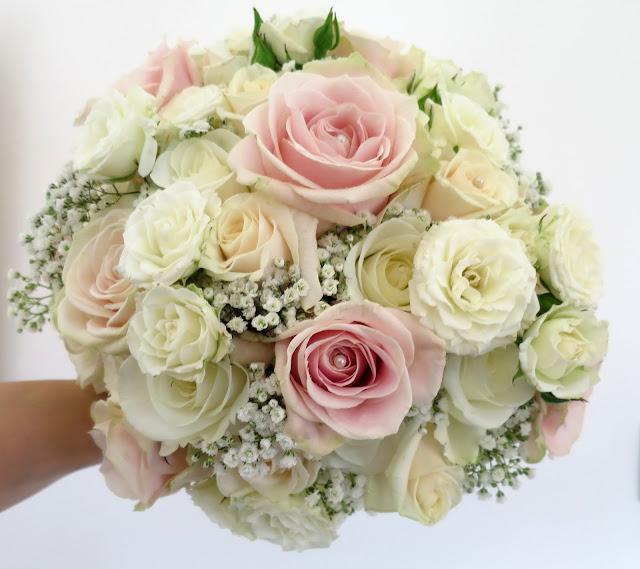 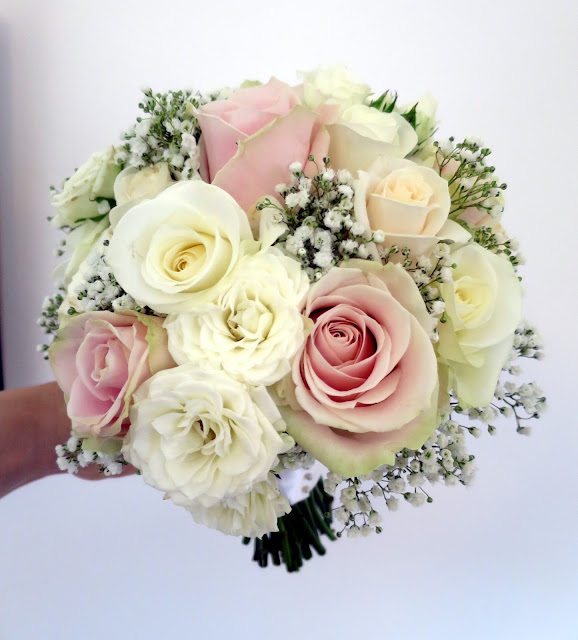 Heather
Edinburgh, United Kingdom
I am a professionally trained, private florist who undertakes wedding and corporate event work in Edinburgh and the Lothians.